The true story of the Torets

Turin celebrates the inauguration of its first aqueduct . The whole city gathers around the gush of the fountain of piazza Carlo Felice , in the presence of the Minister of Public Works and the city authorities. The water jet, over 25 meters high, is the vertical representation of the power of the Turin aqueduct and of the city's ambition to become a modern European capital .

Within a few years, they will make their appearance other signs of this city aspiration, a symbol of horizontal and widespread diffusion of water, which becomes a good for everyone: the Toret, the iconic green fountains with theirs unmistakable bull's head.

The Municipal Council identifies 81 locations to be set up as water points , according to a classification divided into "simple utility and service fountains", others "of ornament", others that will make "decoration their main object ".

Thanks to the preparatory work of the Civic Art Office, the Municipal Council decides the installation of 21 drinking water fountains and "the most convenient form of these", in addition to the 8 already existing "of different shape ".

The Drawings of the fountains to be placed on public land are presented and are presented exactly as we still know them today. An unprecedented operation of branding an urban object that has no equal in the history of the cities of the world: it is Turin's response to the announced loss of primacy as the capital of Italy. 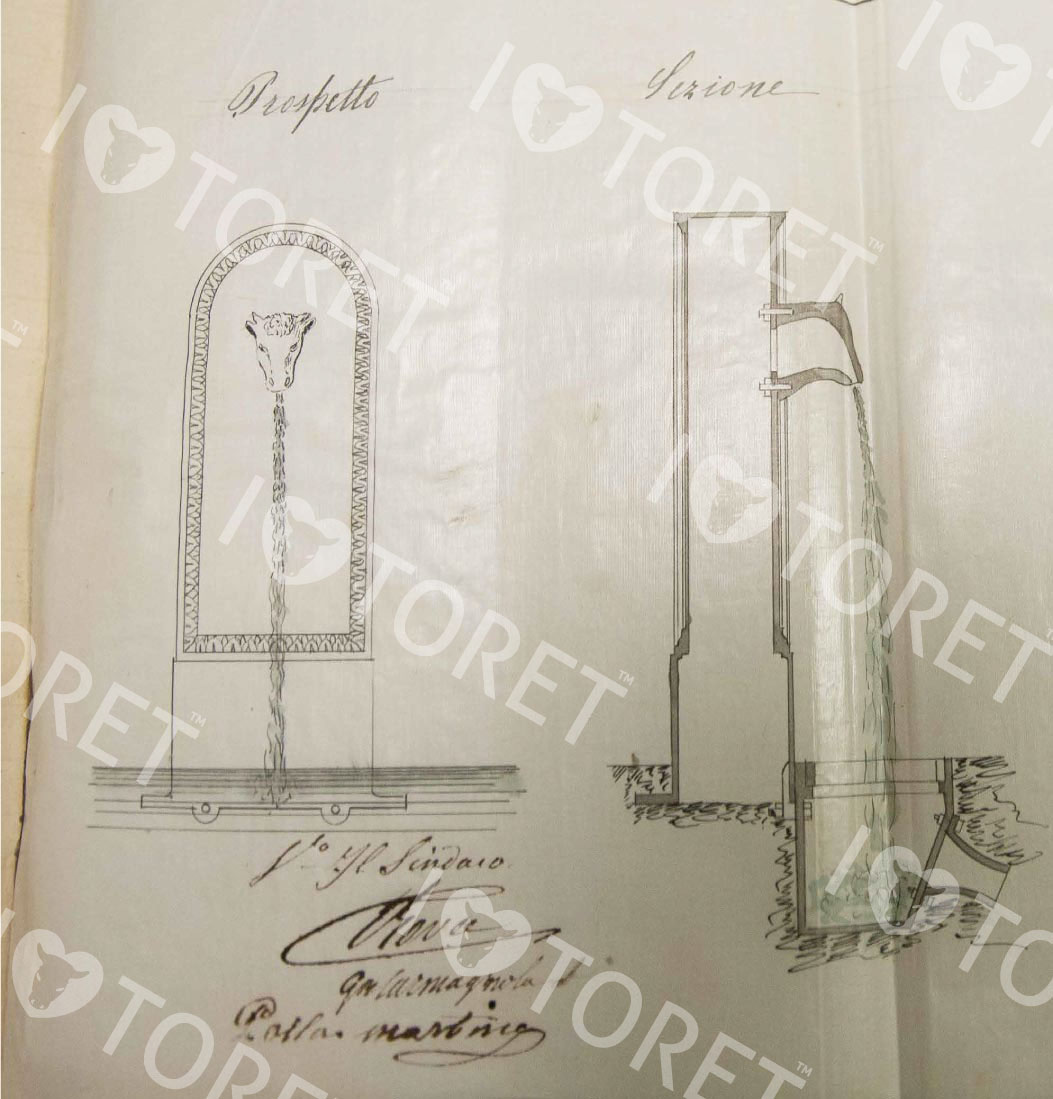 The project for the distribution of the first 21 Torets in the city is presented, designed "for the best distribution of the fountains in the various locations according to the relative needs of the population, so that they can also be used for watering of courses and public gardens".

The number increases from 21 to 45

The Municipal Council decides to reduce the flow of the 21 fountains of the previous resolution and to increase the number to 45 , which will be effectively distributed throughout the city. The map of the city of Turin is drawn with red numbers indicating the location of the first 45 Torets.

The production of the cast iron fountains is entrusted to "Martino Pollo melting in metals", who undertakes to make four a week according to the approved projects and to finish them by the end of September. 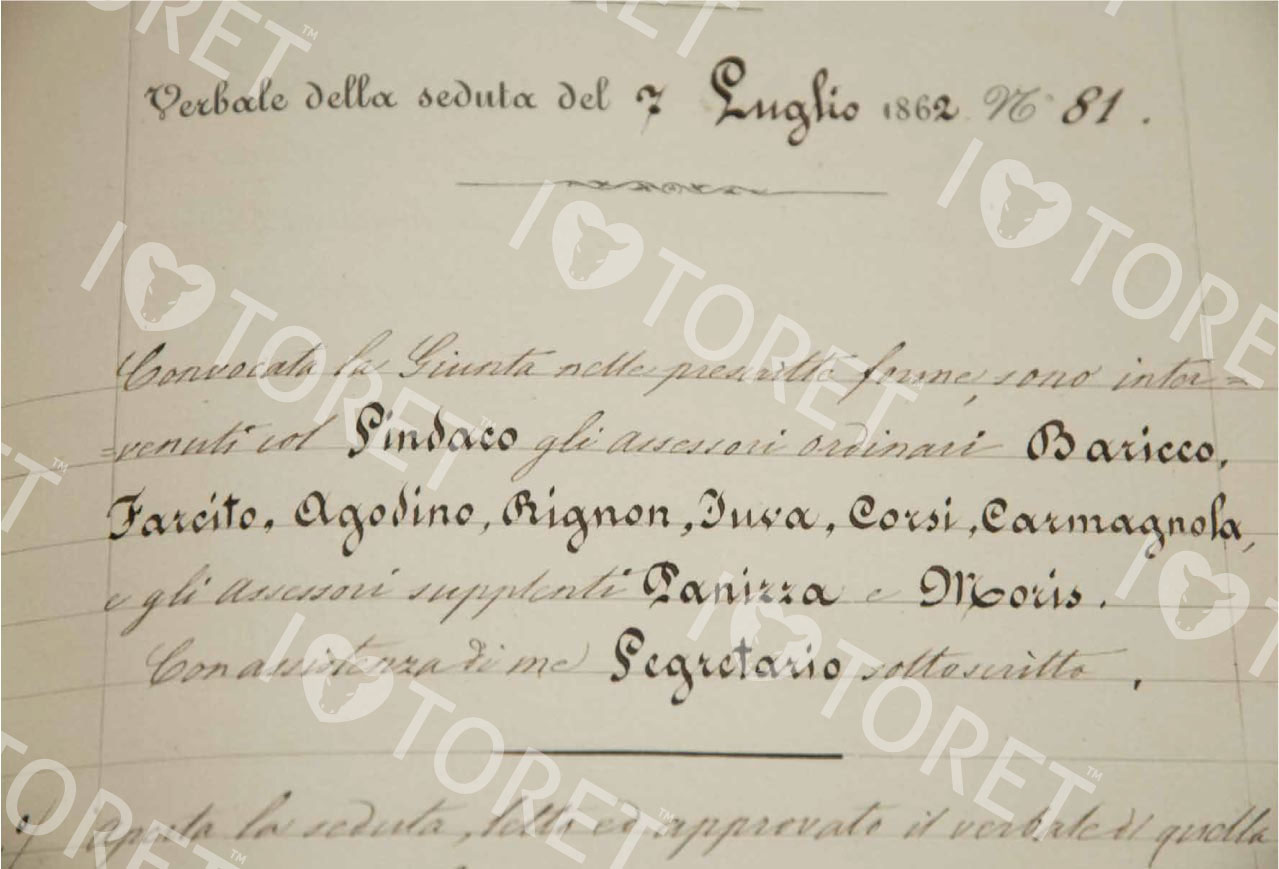 The mayor of Turin, the councilors and the founder Martino Polla signed the "Conditions for the provision of cast iron fountains to be placed on public land". The Torets are realities and nothing will be the same: the history of the city and that of its fountains will remain forever linked by a double bottle green thread.